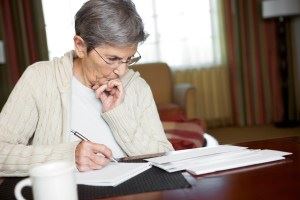 Most of us don’t like to think too much about retirement. The financial burden of the future falls to the wayside when the needs of the present are pressing in.

It’s such a challenge, in fact, that far too many of us avoid the question altogether. Only about half of the people in the “baby boomer” generation is on track with their retirement savings, and an estimated 30% of Americans have precisely $0 saved for retirement.

So, if you have a retirement account that you pay into regularly, you’re already ahead of a lot of people. But the grim truth is that it still may not be enough to retire on.

IT TAKES MORE PLANNING THAN YOU THINK

One of the challenges of a 401(k) (or any other retirement account) starts right at the foundation: most people think that because they have the account, they’re set. And yet, they neglect to meet the savings targets throughout their life that enable them to accrue enough for retirement.

Recent studies have found that Americans aged 50-65 are still putting the majority of their money towards paying off bills, rather than saving for the future. These debts range from new costs, like medical bills, to long-term debts like mortgages, and even debts that should have been paid long ago, like student loans. In fact, of those with retirement plans, the amount paid towards debt has risen about 70% in the last 20 years, and many people are dealing with the harsh reality of more expenses and less income than anticipated.

Planning for retirement starts with setting and sticking to a budget, something that only 1 in 3 Americans actually does.

Alright then, what if you’re one more step ahead of the curve, creating a monthly budget and paying into your retirement account with every paycheck?

It still may not be enough.

While there are many benefits to a retirement account like a 401(k), they’re not the first and last word in wealth management, by any means. For one thing, they have a yearly limit. Often, even if you’re paying the maximum amount allowed, it won’t be enough to keep the standard of living at the level that you’re used to with a regular income. Anticipating the cost of living in the future is a difficult project, and most of us underestimate what we’ll need, especially considering people are living longer and longer, and healthcare keeps getting more expensive.

Other disadvantages lie in the fact that some 401(k)s have limited flexibility. This means that you’re unable to choose exactly how your savings are invested, and you may end up limited to accounts which don’t give the best return. There are also added fees to be wary of, and some mutual funds skim off half (or even more) of your earnings over the decades that you’re with them through finding fees, bookkeeping fees, trustee fees, and other fees that may or may not be disclosed.

RETIREMENT AND WEALTH MANAGEMENT IS ABOUT MORE THAN MONEY

One last thing to remember as you plan and budget for retirement is the fact that that stage of life is about much more than simply how much income you have to live on. It’s also about life insurance, trusts, and making sure that your assets are handled correctly after you go. In order to ensure that the stability of your retirement is in the right hands, it’s important to have a qualified and experienced CPA or financial advisor who understands your needs and desires.