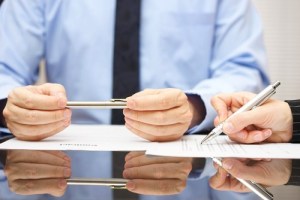 EXECUTION OF A POWER OF ATTORNEY

“If a principal resides or is about to reside in a hospital, assisted living center, skilled nursing, or similar facility, at the time of execution of the power of attorney, the principal may not name any agent that is the owner, operator, health care provider, or employee of the hospital, assisted living facility, skilled nursing, or other residential care facility unless the agent is a spouse, legal guardian, or next of kin of the principal, or unless the agent’s authority is strictly limited to the purpose of assisting the principal to establish eligibility for Medicaid.”

WHEN DOES A POWER OF ATTORNEY BECOME EFFECTIVE?

THE SCOPE OF THE POWER OF ATTORNEY

Determining the appropriate scope of a financial durable power of attorney can be somewhat difficult. The language of the document should be broad enough to encompass what is necessary but should not include power over property that could lead to abuse. A couple of specific sensitive powers are the power to make gifts on behalf of the principal and the power to modify the principal’s will or revocable living trust.

The gifting power can be very useful for persons who have large estates that could be subject to estate or gift tax and who would benefit from making gifts to descendants each year to take advantage of the annual gift exclusion amount. The gifting power has the potential to save significant wealth but must be done with caution and for good reason. The gifting power must be explicitly stated in the document for the agent to have the gifting power.

The powers to modify wills or revocable living trusts are also sensitive powers, and, like the gifting power, requires that the power has to be explicitly stated in power of attorney to be effective. If a trust or will is modified it could significantly change how assets of a deceased individual are distributed, which may result in something far from what the principal intended. However, this power is often extremely useful if an individual has neglected his or her estate planning and circumstances in life have significantly changed. Such a power could allow a surviving spouse to modify the will or trust to reflect the updated intent of a soon to be decedent.

Some of the more interesting powers often contained in powers of attorney are the power over digital assets, pets, mail, and gym memberships.

“A principal can designate two or more persons to act as co-agents. Unless the power of attorney otherwise provides, each co-agent may exercise its authority independently.” When one or more agents are appointed as co-agents, it may be in the best interest of the principal to make certain sensitive powers require both agents to act together to protect both the principal and the agents.

“Unless the power of attorney otherwise provides, an agent is entitled to reimbursement of expenses reasonably incurred on behalf of the principal and to compensation that is reasonable under the circumstances.” Reasonable compensation is based on the quality, quantity, and value of the services rendered and the circumstances under which those services were rendered. This goes back to the old adage that says “pigs get fat, but hogs get slaughtered.”

ACCEPTANCE AND RELIANCE ON POWER OF ATTORNEY

Quite often, unsophisticated banks or other financial institutions will refuse to accept a durable power of attorney if the document is more than several years old claiming it is outdated and no longer valid. Nothing in the statute allows this and the banks or other institutions could be liable for damages caused by their failure to recognize a valid power of attorney. This situation is not unusual because durable powers of attorney are often prepared as part of a comprehensive estate plan years in advance of when they are unexpectedly needed.

LIABILITY FOR REFUSAL TO ACCEPT A NOTARIZED POWER OF ATTORNEY

A person is required to accept a notarized power of attorney or request a certification, translation, or opinion of counsel within 7 business days after presentation of the power of attorney for acceptance unless: (a) the person is not otherwise required to engage in a transaction with the principal for the same circumstance; (b) engaging in the transaction with the agent of the principal if the same circumstances would be inconsistent with federal law; (c) the person has actual knowledge of the termination of the agent’s authority or of the power attorney before exercise of the power; (d) a request for a certification, a translation, or an opinion of counsel is refused; (e) a person in good faith believes that the power is not valid or that the agent does not have authority to perform the act requested, whether or not a certification, a translation, or an opinion of counsel has been requested or provided; or (f) the person makes, or has actual knowledge that the person has made, a report to the Division of Aging and Adult Services stating a good faith belief that the principal may be subject to physical or financial abuse, neglect, exploitation, or abandonment by the agent or a person acting for or with the agent.”

USING A POA IN CONJUNCTION WITH A REVOCABLE INTER VIVOS TRUST

Both a revocable living trust and a durable power of attorney can be useful when an individual becomes incapacitated. There are, however, certain things that cannot be placed in a trust such as discussions with the IRS, Medicaid, and Medicare.

There are also times when a person, whether intentionally or unintentionally, has not fully funded his or her trust. This often is the result when a person purchases a new home and forgets to put it in the trust, or when a person intentionally leaves day-to-day checking accounts or vehicles outside the trust with the expectation that he or she holds less than $100,000 of probate assets and can simply have a personal representative use a small estate affidavit to retitle the assets in accordance with U.C.A. § 75-3-1201.

Lastly, there are non-probate assets such as 401(k)s, IRA, and life insurance which are governed by contract (designated beneficiaries) rather than probate. These items will generally be left out of a revocable living trust and require a durable power of attorney to adjust or work with if someone becomes incapacitated.