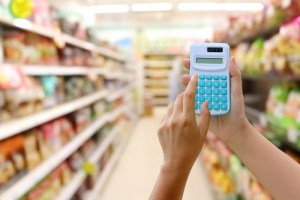 In March, there was a possibility that Utah families could have seen the amount of taxes they pay for food purchases go up to 4.4% from its current rate of 3%. The plan, which House Speaker Greg Hughes had helped build, passed the House. However, with less than 72 hours to go in the legislative session, Utah’s State Senate decided not to move forward with the tax hike, as the financial benefits it would have provided did not justify the raise in taxes, they felt. The hike faced major opposition from lawmakers from the left and right. According to Hughes, the move was part of a strategy to help mitigate expected revenue losses that Utah’s government will have this year.

An attempt to broaden the tax base

According to proponents of the bill, this tax hike, while not generating the revenues that were initially projected, would have worked to expand the tax base and even out other taxes in Utah so that the tax structure would be more stable moving forward. According to Rep. Hughes, the damage that this may have caused to lower-income families would have been offset by other tax cuts and credits offered in 2018, and that the move was to create a more neutral tax code.

Groups like the Crossroads Urban Center and Utahns Against Hunger (UAH) vehemently opposed the bill, saying that it would mostly hurt lower-income families. According to Gina Cornia, a spokesperson from UAH, one in seven households in the state would experience food insecurity, should the tax hike have gone through. Currently, one in eight households already experiences food insecurity. On top of this, many opponents said that the House attempted to push the tax hike through the legislature to quickly, with only 72 hours left in the session when it was voted on.

Other tax discussions have stalled, as well

The future tax structure remains a bit of a question, right now. This tax hike was part of a bigger attempt to create a broader tax structure. However, without the food tax, there is a serious question about whether or not the rest of the plan would work, as expected. On top of this, a debate on whether to include sales tax for online purchases in Utah is stalled in the legislature, with an uncertain future.