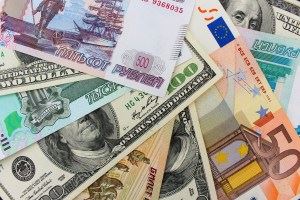 When people think of tax havens they often imagine exotic places or far off islands with fancy laws designed for the rich and famous, places such as the Cayman Islands, Bahrain, St, Kitts and Nevis, and the British Virgin Islands. However, for much of the world, the largest jurisdiction to invest capital without having to pay income tax is the United States. Because the U.S. has the incentive to encourage foreign investment the country’s laws allow foreign non-resident individuals to invest capital and pay little to no income tax on most capital gains (except on real estate) and most passive interest income. Although not traditionally considered a tax haven, the U.S. tax laws certainly can serve foreigners when it comes to avoiding income tax.

As a generally high-level description, there are two types of tax regimes in the U.S. tax system when it comes to foreigners making money from U.S. sources. These are passive investment income from U.S. sources and income and profits from a trade or businesses located in the U.S. The potential for foreigners to save significant tax is in regards to the U.S. source passive investment income. Generally, unless a tax treaty applies, foreign non-residents must pay a 30 percent flat rate income tax if the income is not effectively connected to a trade or business. The 30 percent tax is withheld at the source of payment by the payer similar to an employer withholding and remitting payroll taxes. The big two exceptions to the 30 percent withholding rule are in regards to income tax are capital gain income and income tax on portfolio interest income.

Internal Revenue Code (“IRC”) Section 871(a)(1) states “…there is hereby imposed a tax of 30 percent of the amount received from sources within the United States by a nonresident alien individual as…interest…, dividends, rents, salaries, wages, premiums, annuities, compensations, remunerations, emoluments, and other fixed and determinable annual or periodic gains, profits, and income.” The types of income listed in this statute are often referred to as FDAP income or “fixed and determinable” income in the foreign investment context. Although the IRC 871(a)(1) list is very inclusive it does not include gain from the sale of personal property because the amount of gain is not “determinable” by the person paying for the property. The person making payment generally does not know the foreigner’s purchase price and therefore cannot determine the increase or gain. The law has been consistently interpreted to exclude the capital gain on the sale of property (other than real estate) by a foreign non-resident.

Interest income from U.S. sources paid to foreign non-residents is generally excluded from U.S. taxation. Although interest income is considered “fixed and determinable” under IRC Section 871(a)(1), the Code explicitly provides a very broad exception to the general rule. This exception is the portfolio interest exception of IRC Section 871(h), and it prevents almost all interest income generated from passive activity sources from being subject to U.S. tax when paid to foreign non-residents. Although this exception is very broad it has a few limitations designed to ensure the interest income is coming from actual portfolio investment and not from active business operations. One of these limitations is the 10 percent shareholder rule. This rule prevents a non-resident foreigner who owns 10 percent or more of a company from treating a portion of their investment as debt rather than equity and stripping profits from a non-passive business tax-free. A shareholder under this statute includes interests in partnerships and LLCs as well as corporations. The 10 percent is tied to voting power rather than actual equity ownership to further prevent a foreign business owner from reclassification of equity in a company to debt. In addition to the 10 percent rule, interest paid to foreign banks is also not exempt from U.S. taxation. This limitation applies because bank lending is generally the business of the bank, and it would also allow foreign banks to lend money to U.S. persons at a lower rate than U.S. banks since the earned interest income would otherwise be tax-free. The last interest income limitation removes several types of contingent interest income from the definition of portfolio interest, which is an attempt to prevent direct participation of foreign persons in U.S. businesses from escaping U.S. taxation.

These two passive investment income exceptions from U.S. taxation, while not much direct benefit to U.S. citizens, can nevertheless be utilized by non-resident foreign investors for significant tax savings. In fact, due to the U.S. markets being so prominent on the world’s investment stage, the U.S. is an important jurisdiction to any tax haven discussion, even if it is not a far off exotic island.