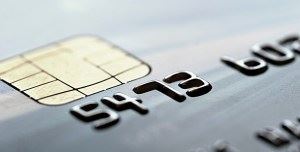 Recently I was contacted by a large national bank with whom I have done business with for the past several years. The bank informed me that my business expense account had just paid out an unauthorized $85,000.00 to an overseas vendor. The transaction really surprised me because I only had several thousand dollars in the account and the balance was now extremely negative. At first, I was a little stunned that a national bank would not have sufficient controls in place to prevent such a transaction, especially since I had never had that much money in that account. However, after a few minutes, I started getting concerned that I might not get my money back or that I could even be liable for a portion of the balance in excess of what I had in the account. I had always heard it was better for businesses and consumers to use credit cards instead of debit cards but had also heard somewhere that debit cards were similarly protected. I figured I better delve into the law and find some answers. Here is what I discovered:

Loss from fraudulent activity on credit cards is governed by the Truth in Lending Act and the Federal Reserve Board Regulations thereunder known as “Regulation Z”. Under these regulations the most a consumer will have to cover from an unauthorized transaction is up to $50.

Although some protection exists, debit cards are not as consumer friendly as credit cards. The protection for consumers who use credit cards is governed by the Electronic Funds Transfer Act and the Federal Reserve Board Regulations thereunder known as “Regulation E”. Under Regulation E a consumer’s liability for lost funds is limited as follows:

Fortunately for me, I was called by the bank the day of the transaction, and so I was well within the regulatory time window. I incurred no loss from the transaction itself or the bank fees that followed. However, restoring the balance to my account was not immediate and several payments that were scheduled to be made from the account has to be made from other sources. Under the law, the financial institution has up to 10 days to investigate and restore the balance in a bank account, which was somewhat of a headache.

Many banks go beyond the law and limit the amount of loss on debit cards so it is important that consumers understand their financial institutions’ policy on debit card fraud liability before you use any card.