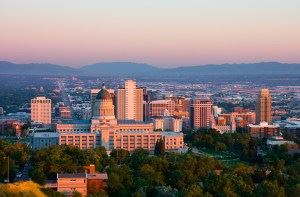 Salt Lake City truly an up-and-coming city for entrepreneurial pursuits, and it seems that startups and young companies that plant their roots in Salt Lake and the surrounding area do remarkably well. It makes you wonder what it is exactly that makes Salt Lake such a strong hub for startups and small businesses. Here are just some of the factors that experts assert have contributed to Salt Lake’s transformation into the “Silicon Slopes.”

A history of major tech companies

The big tech companies WordPerfect and Novell may not be around any longer (the former went under once Microsoft Word took over, and the latter merged with UK-based Micro Focus just last year), but they still leave behind a significant legacy. Pioneers from these companies have since gone on to establish new, successful startups, and it’s inspiring other entrepreneurs to come and do the same. Entrepreneurs have seen especially strong success in the software and hardware industries, which could explain why tech giants Adobe and Workday recent made big moves to the region. All of this, in large part, can explain how the Silicon Slopes got their name.

Several local universities, particularly Brigham Young University, are graduating high numbers of students in the S.T.E.M. (science, technology, engineering, and mathematics) fields. And according to a February 2015 article published in the New Yorker, those industries that see the greatest strides in innovation employ a high proportion of people with a background in one of the S.T.E.M. fields. The article went on to list Salt Lake City, Provo, and Ogden as three of the top 15 U.S. cities that employ high concentrations of people from the S.T.E.M. fields.

Salt Lake City also boasts the highest concentration of foreign language speakers in the country. This could be due to the fact that many LDS missionaries return to the area after spending time abroad honing foreign language skills.

Cultural knack for salesmanship and entrepreneurship

The same article in the New Yorkeralso points out that culture in the Salt Lake Valley area seems to have a knack for salesmanship and entrepreneurship—two skills that go a long way when founding a business.

Moreover, the Salt Lake area has a relatively low population when compared to other major cities. And while this may seem like a hindrance, it can actually serve as an advantage for business because it allows entrepreneurs to get to know each other very well. In fact, the Salt Lake region is host to an especially large concentration of venture capitalists. In 2014, venture capitalists in Salt Lake invested nearly $1 billion in local startups.